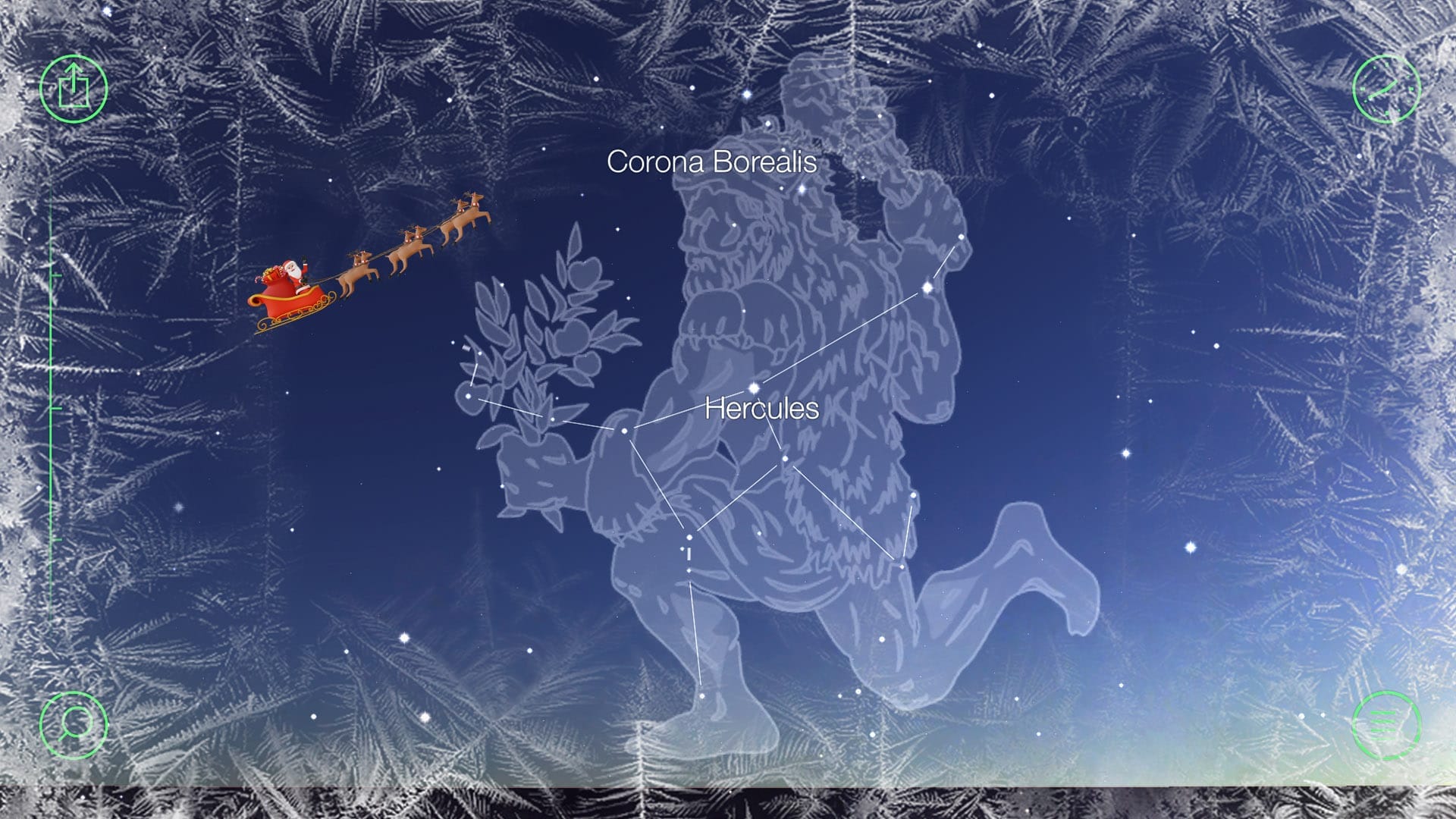 Every year before Christmas, in some of our apps you can see Santa Claus. He randomly appears on the screen and can be found via the search. In 2021, to bring the Christmas mood to our users, we added some visuals on our Star Walk website as well.

The letter S in the Star Walk caption on the main page now has a tiny Christmas hat, snowflakes are falling across all the website pages, and pictures in articles appear to be covered with frost. The thing is, the frosting effect already showed up before in our products. Sadly, it didn’t bring our users much joy back then.

In 2011, right before the App Store annual shutdown, we released the Star Walk Christmas update and, together with Santa Claus, added this frosting effect into the app. We were happy with this special Christmas version and ready to go on holiday.

However, the other day, Star Walk was flooded with one-star reviews. Not only did people not enjoy the frosting effect, — they simply hated it. It turned out that the beautiful effect interfered with observations — when you pointed a phone up, the screen began to cover with frost, hiding celestial objects. To “defrost” the screen, you had to tap on it, which immediately turned off the Star Spotter, and the app stopped following your movements. In other words, real-time stargazing was almost impossible. Apparently, we ruined our app with a single update. We rushed to release another update that would remove the frosting because the App Store shutdown was around the corner. Eventually, we managed on time. The frost effect’s lifespan was five days — on the sixth day, we removed it from the app.

See for yourself how people actually hated our Christmas Star Walk update! Here are some of our favorite reviews from 2011:

As you can see, opinions regarding our Santa also vary. Most people love him and can’t wait for his appearance, and some say that adults are more interested in astronomy than fairy tales. Sounds a bit Grinch-ish to us.

What do you think about our Christmas decorations on the Star Walk website and apps? Share your opinions on social media, and don’t forget to rate us on app stores. We wish you a very happy Christmas and holiday season!